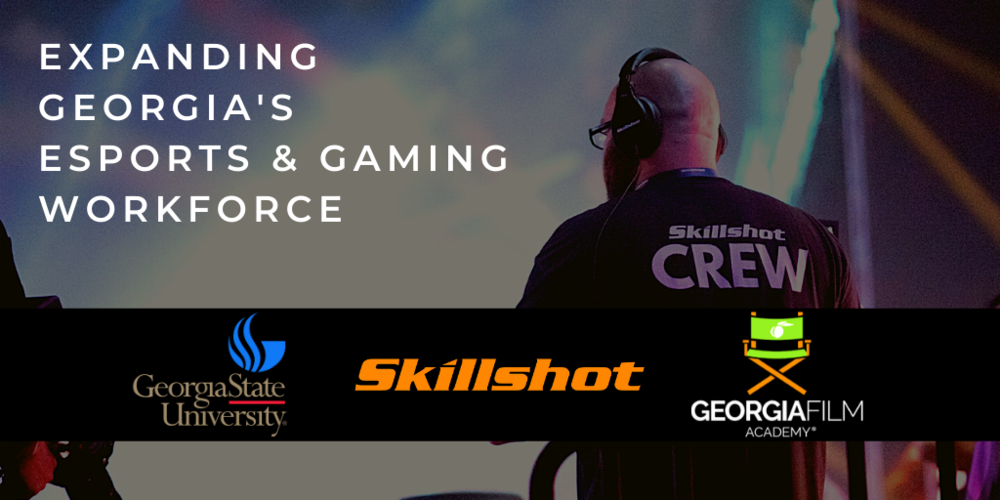 With a mission to put more Georgians to work in all aspects of the state’s multi-billion-dollar entertainment industry, the Georgia Film Academy (GFA), in partnership with Skillshot Media, kicked off its first-ever Esports program at Georgia State University (GSU) on Thursday, August 27th. The GFA 3500 Fundamentals of Esports provides students with real-world professional workforce training while exploring the numerous career paths available at the nearly 160 Esports companies located throughout Georgia. Esports is emerging as one of the fastest growing industries in the state, according to the Georgia Department of Economic Development (GDEcD).


“Georgia is rapidly becoming a global epicenter for both entertainment and technology, and the Esports and videogaming industry are at the nexus of these new economies,” said Jeffrey Stepakoff, executive director of the GFA. “Today, we begin to train Georgians for these exciting high demand careers in Esports and, from a workforce perspective, we start to shape a new industry for our state.”

"Videogames are now the largest entertainment industry in terms of both revenue and popularity", said Todd Harris, CEO of esports solution company Skillshot Media. "In Georgia, gaming and esports had an economic impact of over $830 million last year and the goal with this new program is providing a well-trained Georgia workforce for this rapidly growing industry."

“Collaborative partnerships like this pilot program between the Georgia Film Academy, Skillshot Media and Georgia State University have been critical to developing the state’s unrivaled gaming software development talent pipeline,” said Deputy Commissioner of Global Commerce Scott McMurray, Georgia Department of Economic Development. “We look forward to seeing the opportunities this program creates for students across Georgia and for our world-class digital and esports recruitment team who work every day to attract prospective companies to the esports capital of the nation.”

“We’ve seen first-hand the value of GFA’s film production certification in providing jobs for Georgians,” said Stepakoff. “The intent of this new program is to provide an Esports certification complete with the opportunity to glean real-world experience through internships. The GFA will ensure that our new programs, like our current film production courses, are affordable, accessible, lead to jobs, and provide great value for Georgians.”

Broadly regarded as the Esports capital of the nation, the City of Atlanta annually hosts more than 39,000 gamers and Esports enthusiasts each November for the world’s largest digital festival – DreamHack. The GDEcD estimates that the state will have nearly 12,000 direct and indirect jobs in digital entertainment this year, with an estimated economic impact of $550 million.