The free-to-view InvitationATL digital event and $10,000 Fortnite tournament on Twitch.TV includes a diverse set of artists performing music and speaking on the importance of voting 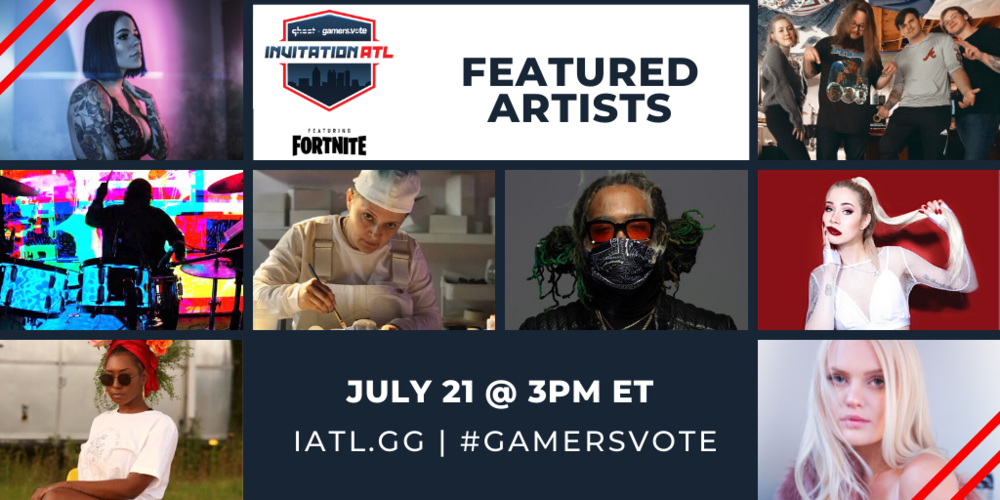 Skillshot Media, Gamers.Vote and esports organization Ghost Gaming today announced the talent list for InvitationATL—a digital festival on Tuesday, July 21 filled with musical performances, videogame live-streaming and a $10,000 online invitational Fortnite tournament to raise awareness of voter registration and participation across the 133M adult gamers in the US.

“Our mission in July is to get as many gamers registered as new voters as possible” said Gamers.Vote CEO, Christie St. Martin, “With InvitationATL, Skillshot Media and the Atlanta community have embraced this mission with an incredible tentpole event featuring performers from both music and esports.”

The event culminates with a 49 team $10,000 Fortnite tournament showcasing invited competitive players from esports teams FaZe Clan, NRG, Ghost Gaming, and XSET, along with top streamers and invited players from organizations including Atlanta Reign, GamersDoingThings, KontrolFreek, the National Association of Collegiate Esports and many others.

The full talent list and event schedule is available at www.iatl.gg. The live-stream event will kickoff on Tuesday, July 21 at 3pm ET at www.twitch.tv/skillshot.

Twitch.TV is supporting this activation with a custom platform extension that directs participants and viewers to online voter registration. New Georgia Project is the local civic engagement partner.