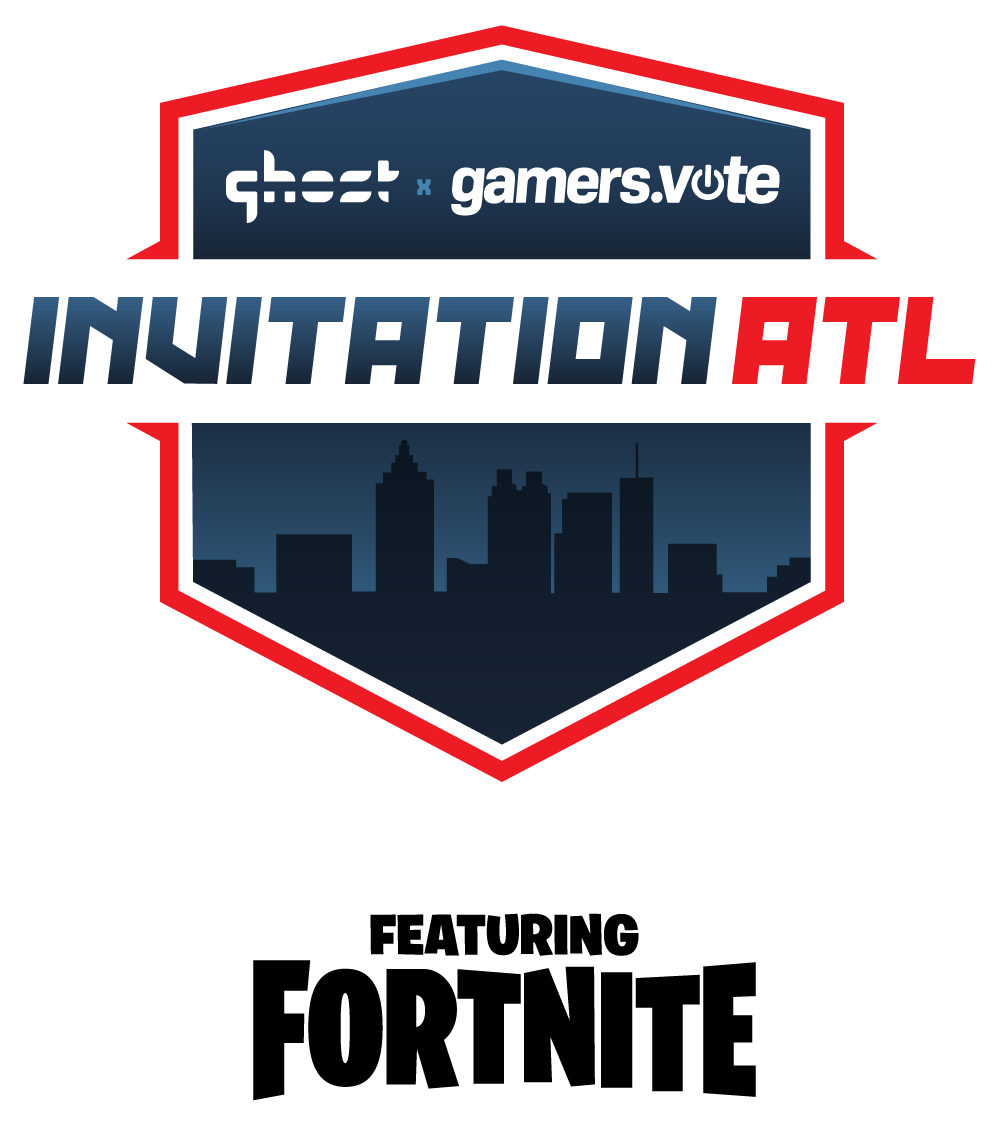 “Our mission in July is to get as many gamers registered as new voters as possible” said Gamers.Vote CEO, Christie St. Martin, “With InvitationATL, Skillshot Media and the Atlanta esports community have embraced this mission with an incredible tentpole event featuring top icons from esports, traditional sports, and music.”

InvitationATL will be produced by Skillshot, presented by Gamers.Vote and Ghost Gaming, with additional supporting partners including Twitch, HyperX,  Atlanta Reign, Axis Replay, New Georgia Project, Greenberg Traurig, UnitedInGaming, Radar Live, and others to be announced.

“We’re thrilled to work with Gamers.Vote and top Fortnite players and streamers on InvitationATL,” said Todd Harris of Skillshot Media. “Gaming reaches 133 million US adults. With this event, we hope to support awareness and direct voter registration among the massive gaming audience.”

Twitch.TV is supporting the activation with a custom platform extension that directs participants and viewers to online voter registration in 39 states. InvitationATL partners New Georgia Project and venue Axis Replay will support onsite voter registration on the Atlanta beltline.

“We should take a lesson from gamers right now,” said Nse’ Ufot, CEO of the New Georgia Project. “We are honored to be a part of the gaming community’s connection—a bold example for uniting through civic engagement and voting.”

The online Fortnite tournament will include top streamers and icons committed to helping their communities register to vote, with $10,000 being awarded to the winning teams in the Fortnite competition.

Details on how to participate and watch the July 21 InvitationATL will be posted to www.iatl.gg

About GAMERS.VOTE
Gamers.Vote is a broad coalition of the best gamers, game companies, platforms, and streamers in the world.  We ARE gamers and we know the power of focusing the gaming community on voter registration and voting.  More information and free streaming, partner, and social kits can be found on our website. Join the movement:  www.gamers.vote

About GHOST GAMING
Ghost Gaming is an Atlanta-based organization focused on cultivating and facilitating the best talent in gaming, design and content creation by providing a platform to create unique partnerships in sports, music, entertainment, fashion and tech. We have built a social media community with millions of fans and followers, becoming one of the most popular names in gaming,  www.ghostgaming.com